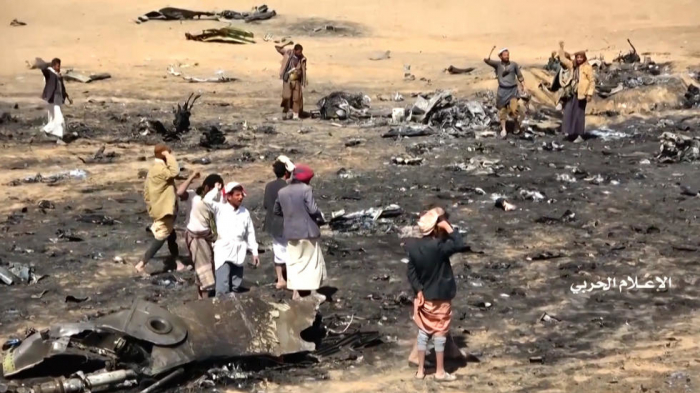 Nineteen children were among at least 31 civilians killed in air strikes on rebel-held northern Yemen last week, the United Nations said on Thursday, according to AFP.

“UNICEF is sad to confirm that the recent attack in Al-Jawf, north of Yemen, on February 15, took the lives of 19 children (eight boys and 11 girls) and injured another 18 (nine boys and another nine girls),” the UN children’s agency said in a statement.

“It was an attack on a civilian populated area where children were in the vicinity,” UNICEF regional communications chief Juliette Touma told AFP.

Saturday’s air strikes came after the Iran-aligned rebels claimed to have shot down an aircraft of the Saudi-led coalition supporting the government.

The rebels reported multiple coalition air strikes where the plane went down, while the coalition conceded the “possibility of collateral damage” during a “search and rescue operation” at the site of the jet crash, which left the fate of its crew uncertain.

UNICEF urged the warring sides to put an end to the conflict, adding that the “worrying escalation of violence over the past few weeks is a harsh reminder that children in Yemen continue to carry the heaviest burden of the conflict”.

The Saudi-led coalition intervened in the war in 2015, shortly after the rebels seized control of the capital Sanaa.

Since then, tens of thousands of people — mostly civilians — have been killed and many more displaced in what the UN has called the worst humanitarian crisis.

The coalition has been widely criticised for the high civilian death toll from its bombing campaign, which has prompted some Western governments to cut arms deliveries to the countries taking part.

The coalition said last week it would put on trial military personnel suspected of being behind deadly air strikes on Yemeni civilians.