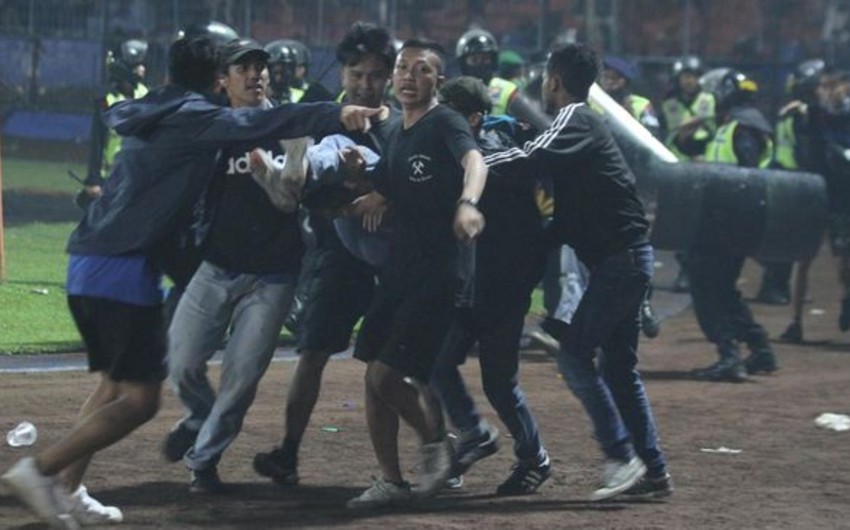 Up to 174 people were killed and 180 injured in a stampede at a soccer stadium in Indonesia after police sought to quell violence on the pitch, officials said on Sunday, in one of the world’s worst stadium disasters, Report informs via Reuters.

Officers fired tear gas in an attempt to disperse agitated supporters of the losing home side who had invaded the pitch after the final whistle in Malang, East Java, on Saturday night, the region’s police chief Nico Afinta told reporters.

“It had gotten anarchic. They started attacking officers, they damaged cars,” Nico said, adding that the crush occurred when fans fled for an exit gate.

East Java Deputy Governor Emil Dardak and the local disaster agency put the death toll at 174 on Sunday afternoon, but Emil later said that figure may have included duplicate fatalities. The local health agency put the toll at 130.

There was confusion on Sunday over the death toll, which one official had put as high as 174, but the stadium disaster appeared to be the world’s worst in more than half a century.