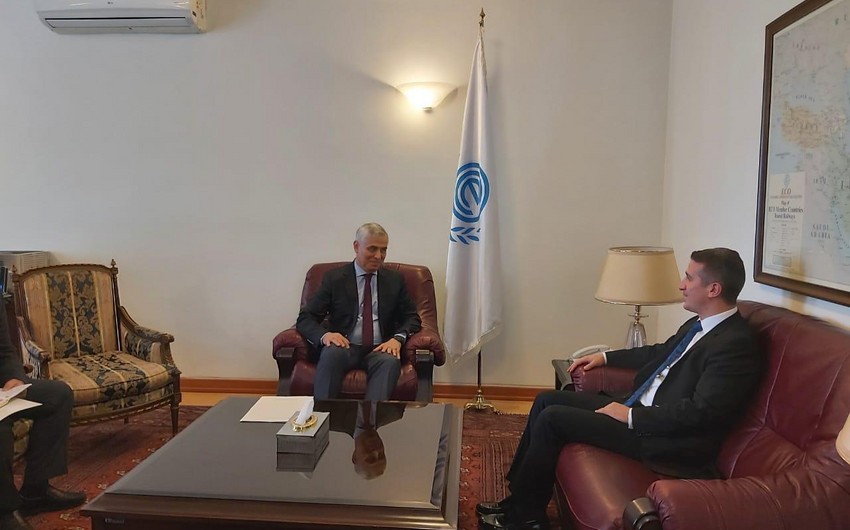 According to the embassy, the diplomat noted that Azerbaijan attaches great importance to cooperation with the OIC and several important projects implemented within the organization at the initiative of our country prove it.

He emphasized the importance of cooperation in trade, investment, transport, energy, tourism, and the environment within the ECO. According to him, transport corridors through Azerbaijan, ports and free economic zones, the ECO Research Center in Baku, initiated by our country, and other similar projects have contributed to regional cooperation.

Expressing gratitude for the OIC’s support for the territorial integrity of our country during the Armenian-Azerbaijani Nagorno-Karabakh conflict, the ambassador said that the liberation of our lands from Armenian occupation as a result of the 44-day war created new realities and new opportunities for cooperation in the region. The diplomat stated that companies and business circles of the member countries could also take advantage of the opportunities offered by investing in these areas. The ambassador said he would try to further develop mutually beneficial cooperation within the organization and implement joint projects during his tenure as Azerbaijan’s Permanent Representative to the ECO.

Noziri congratulated Alizadeh for his appointment as the Azerbaijani Ambassador to Iran, and Permanent Representative to the Economic Cooperation Organization (ECO). He thanked Azerbaijan for being one of the important countries of the ECO, for its attention and active cooperation within the organization. Noting that intensive work is underway to organize the upcoming 15th ECO Summit and the 25th meeting of the Council of Ministers, the Secretary-General expressed hope that these events will be successful due to the joint efforts of member countries and wished the ambassador success in his work.

The sides also exchanged views on other issues of mutual interest.