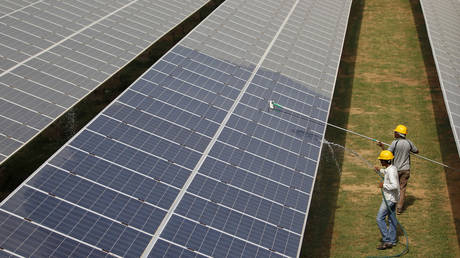 India’s renewable energy industry could see equity investments of some $150 billion by 2030, according to Gaurav Singhal, managing director at Bank of America’s Indian division.

These deals will invariably involve Indian energy players, Singhal said, as quoted by Bloomberg in a report that mentioned SoftBank Group Corp.’s renewables business sale to Adani Green Energy at an enterprise value of $3.5 billion. The deal, Adani said, would help it achieve its renewable energy portfolio target of 25 GW ahead of schedule.

The interesting thing about this deal, according to Bloomberg and BofA’s Singhal, was that Adani Green Energy joined the group of prospective buyers for SoftBank’s 80-percent stake in SB Energy at a late stage. However, it had the advantage of being an Indian company, Singhal noted, and that its own assets were in close proximity to SB Energy assets. (RT)