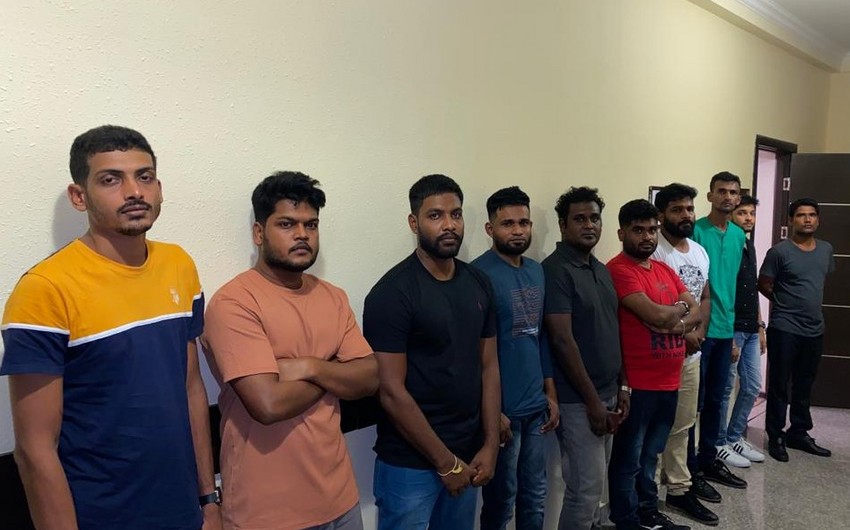 On August 12, around 10:00, as a result of search and operation measures, ten citizens of the Democratic Socialist Republic of Sri Lanka were detained as suspects in the rear direction of the border outpost located near the village of Boyuk-Bahmanli of the Fuzuli district of the Horadiz border detachment of the State Border Service, the Press Center of the State Border Service (SBS) told Report.

The preliminary investigation revealed that the foreigners officially arrived in the country as tourists on July 25 and 29, intending to migrate to one of the European countries by crossing the state border from Azerbaijan to the Islamic Republic of Iran and then to Turkiye under the guidance of an Iranian citizen named Alireza.